[The Gyalwang Karmapa’s recent talks have been detailed and extensively researched, so it was decided to make a version available that resembles a lightly edited transcript for those who wish to read the longer report, which follows this summary for those who prefer brevity.]

The Gyalwang Karmapa continued his explanation of the rituals for rousing bodhichitta in the two lineages, one stemming from Manjushri and the other from Maitreya. Some scholars, the Karmapa noted, say that the traditions differ not only in their rituals but also in actuality, because they understand Manjushri’s lineage to belong to the Middle Way school and Maitreya’s to the Mind Only school. Other scholars do not agree with these attributions.

After a long discussion of the pros and cons, the Karmapa summarized the view of his Karma Kamtsang tradition that the ritual for generating bodhichitta. There is a danger, he cautioned, in labelling the two traditions as “Middle Way” and “Mind Only,” because the Middle Way view is usually considered superior to the Mind Only view, so automatically, the ritual of the Middle Way would become superior to the Mind Only ritual. Further, this labelling would also disparage Asanga by putting him into the lower level of the Mind Only school. Therefore, instead of these two terms, the Karmapa explained, we speak of the lineages of the profound view (Nagarjuna) and the vast action (Asanga).

The Karmapa then turned to the question of what an authentic ritual is. He quoted Drukpa Kunlek who said that ultimate bodhichitta arises from the very essence of the ritual. What is it? The blessing of the lama. The Karmapa added that a real ritual is a means to understand the profound meaning.

Though there is a debate about whether ultimate bodhichitta can come about through a ritual, the Karmapa advised that what is more important for us is the question of whether relative bodhichitta arises or not. If we do not make efforts and train our minds with skillful means and wisdom, even relative bodhichitta will not arise.

The Karmapa then made a surprising statement. Actually, he said, it is more important to generate compassion for oneself than it is to generate it for others. Usually our compassion is turned outwards, but we should have the courage to turn inward and investigate how we ourselves suffer. The pain we personally experience, he explained, is the basis for developing real compassion, which then extends from ourselves out to others and enables us to truly understand their situation: “They suffer as I do. How great it would be if they were released from it.” In sum, just as we see our suffering and have compassion for ourselves, so we develop it for others, based on our own experience. This way of generating compassion is very important. 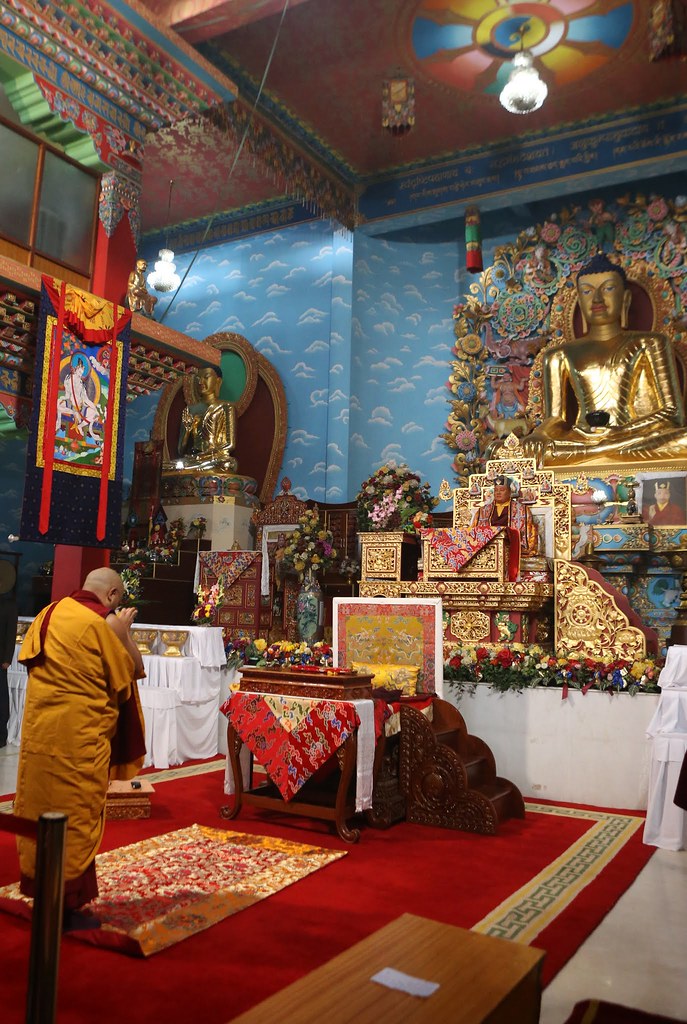