After wishing everyone a good morning, the Gyalwang Karmapa continued the reading transmission from the Ornament of Precious Liberation, resuming the ninth chapter with its the Fourth, Fifth, and Sixth Topics. These cover relative and ultimate bodhicitta, various causes that give rise to bodhicitta, and sources from which the vows can be taken. According to Gampopa’s text, the sources include vows that can be taken directly from a preceptor, or in the absence of a qualified guru, a Buddha image or visualization can be substituted.

Following the reading transmission, the Karmapa discussed whether or not genuine bodhicitta can arise from the mere recitation of a liturgical text. He explained that many masters have debated whether genuine bodhicitta can arise simply due to conducting a traditional ritual. Instead of relying only on the ritual, he emphasized that it is important to give rise to the feeling of bodhicitta. “No matter how many times we go through the ritual of taking the vows, no matter how many empowerments we take, if we don’t develop the feeling, [then it is just words].” We cannot just leave our practice of the Dharma up to mere tradition or mere custom, just following what others say is the tradition. Doing this will not bring us much benefit individually. We need to develop the genuine feeling of bodhicitta, from which we can develop our own individual connection with dharma. Otherwise, if it is done merely out of tradition, it does not bring us nearly as much benefit.

To increase the efficacy of one’s practice of bodhicitta, the Karmapa advised, more important than merely reciting the ritual is to develop true bodhicitta. He stated, “When you hear a spiritual master or guru give an explanation or describe bodhicitta, this can be the cause to give you interest and longing for it. Then you develop a particular feeling within yourself, and it’s quite possible that this can lead you to develop bodhicitta. Or it can be the awakening of your Mahayana potential, due to which you feel compassion for sentient beings. When you have that special compassion for sentient beings, then [arousing bodhicitta] can also occur. But I think it is difficult for it to just happen by reciting the words of the liturgy.”

Concluding the day’s teaching, the Karmapa made a special request to the audience and all listeners. He asked that everyone recite the Medicine Buddha mantra for the long life of His Holiness the Dalai Lama. The Karmapa requested, “Starting on the 24th of January, I’d like to ask everyone, please, in general as a community and individually, to recite as many Medicine Buddha mantras as you can. Please recite and count as many mantras as you can.” The Gyalwang Karmapa further announced that a Tseringma puja will be held next week, also for the benefit and the long life of the Dalai Lama. The practice can also help to create pure discipline for its practitioners. 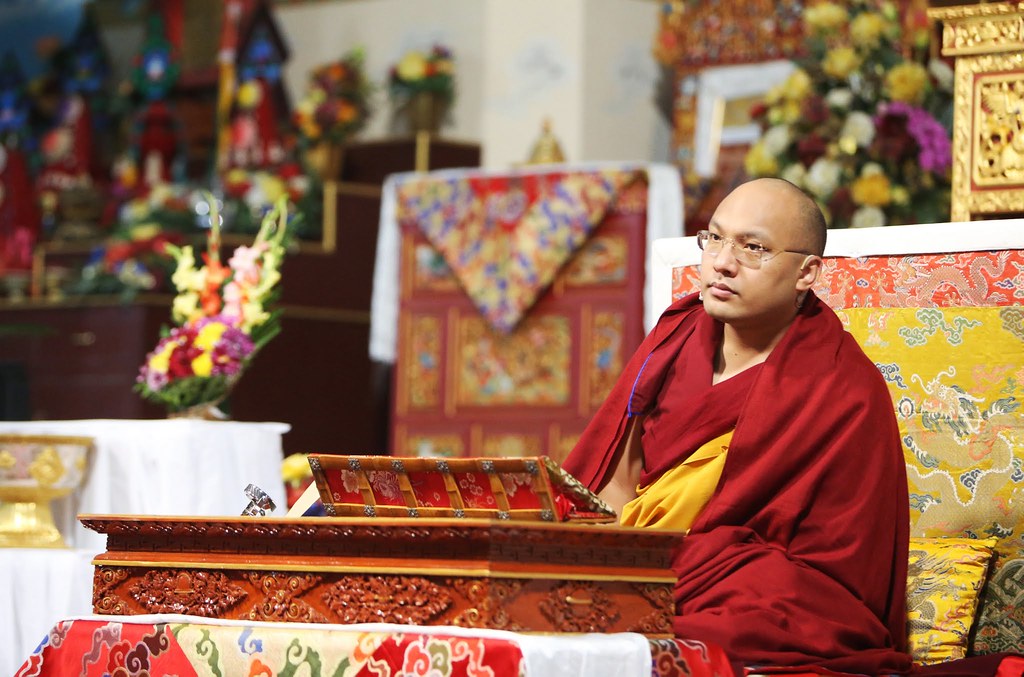