A beautiful new temple of the Nyingma lineage now graces the land of Bodh Gaya. The Gyalwang Karmapa was invited to consecrate this richly decorated hall of Ngagyur Palyul Shedrup Choekhor Dargyeling, built under the guidance of Kyang Khang Tulku. For this auspicious time, the beginning of the road to the temple was covered in a long white canopy; from it descended bright strings of pearls, crystals, and spheres of orange and gold—a shower of blessings to greet the Karmapa as he passed beneath. His entourage slowly moved past triple rows of nuns and monks holding white scarves before entering into the new temple.

This sacred hall is lined with golden statues depicting the one thousand buddhas of this fortunate era, and on the central altar is a large statue of Shakyamuni Buddha in the earth-touching mudra, flanked by Guru Rinpoche and Chenrezik. The Karmapa walked to the shrine for H. H. the Dalai Lama and there he lit a large silver butter lamp to begin the ceremony. After he had taken his seat on the high throne placed in front of the Buddha, a mandala and the supports of body, speech, and mind were offered to him along with prayers for his long life.

After other prayers, the Karmapa briefly addressed the rinpoches, khenpos, heads of local temples and dignitaries as well as the lay and ordained sangha present for the celebration. Warmly greeting all who had come, the Karmapa also extended his sympathy on the passing of Khyapje Chatral Rinpoche, who so greatly benefited the teachings in general and the Nyingma Dharma in particular. Looking around the hall, the Karmapa praised all those who worked on the construction for fulfilling Drupwang Penor Rinpoche’s wish to build a temple in Bodh Gaya, the most precious place on earth. The Karmapa prayed that from here, the teachings would spread and benefit all beings.

His talk was followed by supplications chanted with heartfelt devotion in Pali, Vietnamese, Korean, and Chinese, while the closing dedications were in Tibetan for the well-being of the world and its inhabitants as well as for the long lives of the lamas. Afterward the Karmapa descended from the ornately carved throne to bless the impressive statues with his prayers. Soon after he joined the special guests of honor for a festive lunch. Before returning to his residence at Tergar, the Karmapa gave individual blessings to the foreign guests in the newly consecrated shrine hall. 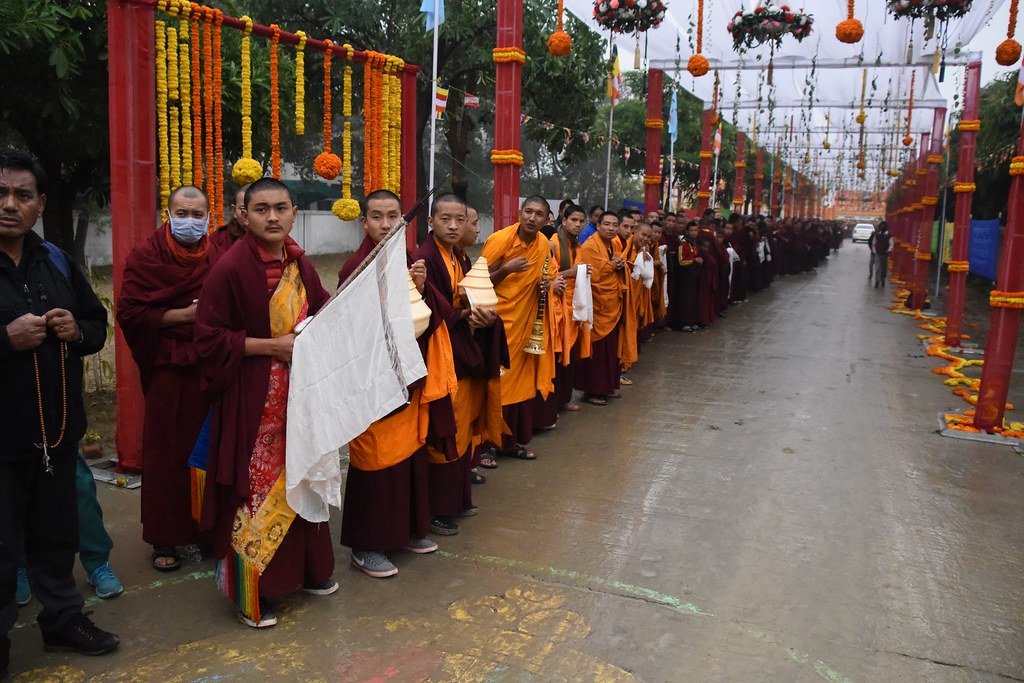