A Day of Chöd Practice: A String of Jewels

Tergar Monastery, Bodh Gaya • 30th January, 2019 | This day of Chöd practice has become one of the central rituals of the Arya Kshema Winter Dharma Gathering. Chöd literally means "cutting through" The purpose of the practice is to cut through attachment and ignorance, particularly attachment to the body, and realise the nature of emptiness.

It is a practice especially associated with female practitioners, and this particular chöd practice was passed down from Machik Lapdrön, the enlightened female adept and originator of the Chöd tradition. The text that is used every year at the Arya Kshema is called Chöd: A String of Jewels, which was composed by Third Karmapa, Rangjung Dorje.

Inside the Tergar shrine room, rows of raised platforms were arranged facing inwards for the nuns, with special tables designed to hold their texts. Drupon Dechen Rinpoche sat at the head of the first row, next to Khenpo Karma Drodul, the head khenpo of Thrangu Tara Abbey shedra. Facing them sat the chant leaders, the umzes, from Gyaltsab Rinpoche’s nunnery in Sikkim.

Chöd is one of the most complex pujas: its beautiful, haunting melodies accompanied by the rhythmic beat of special hand-held drums and bells, and punctuated by the other-worldly wail of the thigh-bone trumpets and the powerful resonance of the great temple drums. Sat in their long rows, clad in yellow and maroon, the nuns turned their drums and rang their bells in unison while singing through the text.

The day was an impressive and moving tribute to the nuns’ ability to combine learning and practice, as advocated by Goshir Gyaltsab Rinpoche in his speech at the inaugural ceremony. 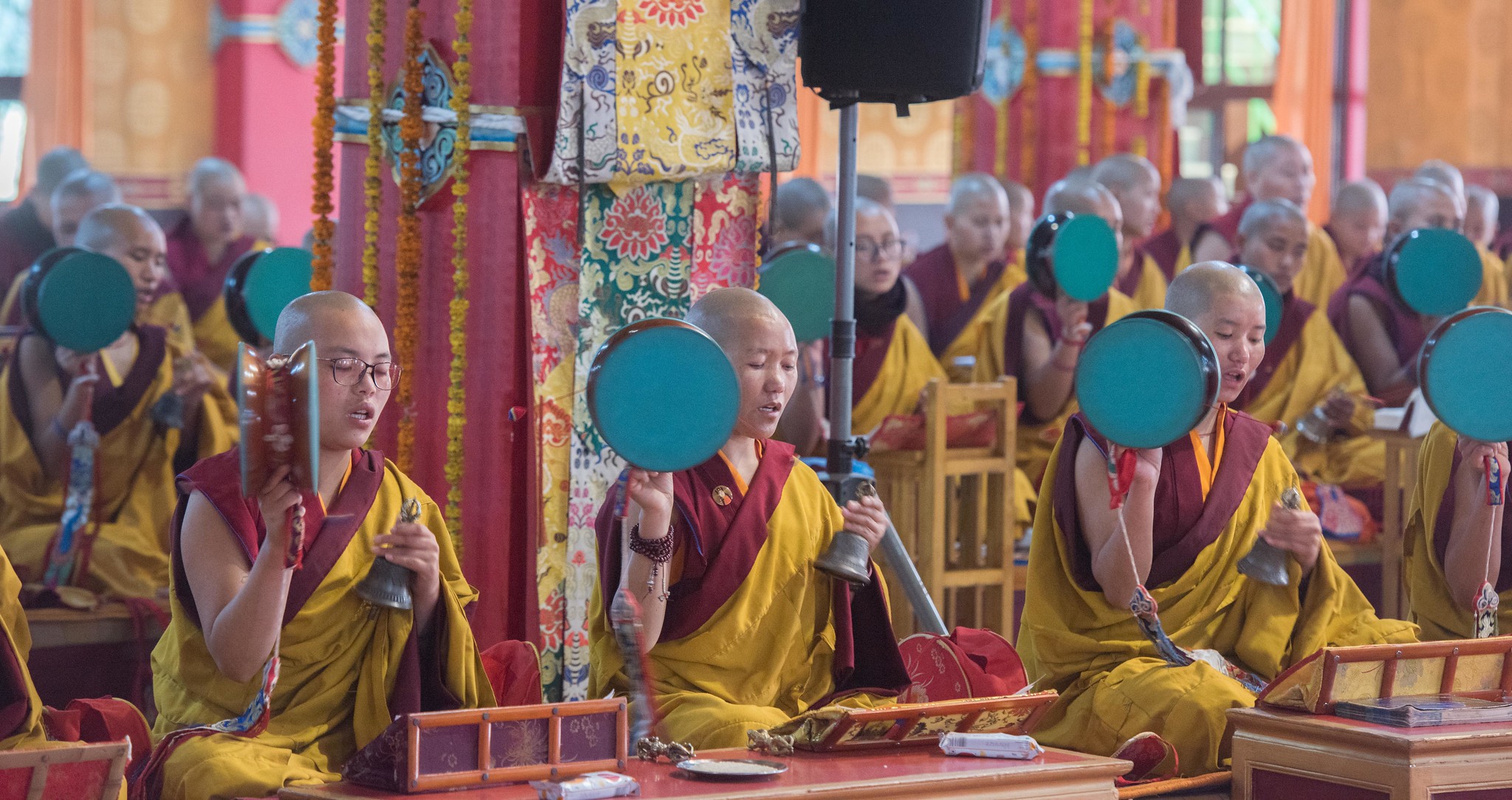