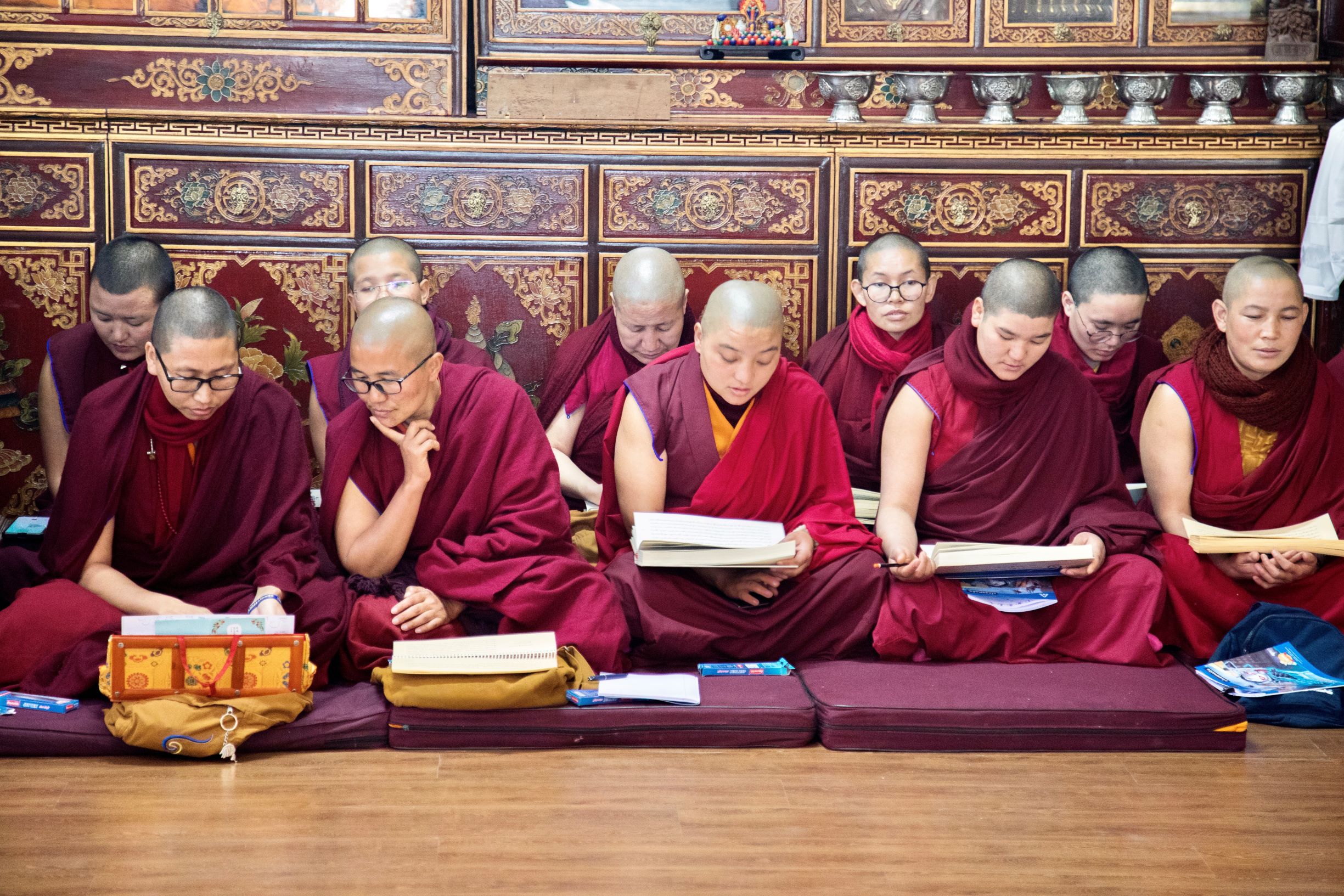 Under the guidance of His Holiness the 17th Karmapa, nun umdzes have gradually assumed a greater role at the Kagyu Monlam in Bodhgaya.

To begin with, the Karmapa encouraged the nuns to provide their own umdzes to lead the prayers during the Arya Kshema Winter Dharma Gathering. Assisted by Khenpo David Karma Choephel, His Holiness personally coached them in the melodies for the rituals which he incorporated into this annual assembly of Kagyu nuns in Bodhgaya. As they gained in confidence, following further instructions from His Holiness, the nuns joined the team of umdzes during the Kagyu Monlam Chenmo itself, and nowadays the team of eight umdzes comprises four nuns and four monks.

Prior to the 37th Kagyu Monlam, Kagyupa International  Monlam Trust organised an Umdze Training Course for monks and nuns.  The course ran from January  15 - 27, 2020 and was based in the Monlam Pavillion library. Of the 56 participants, 16 were nuns, drawn from Thrangu Tara Abbey, Karma Drubdey Dargyeling,  Karma Thekchen Leksheling and Palpung Yeshe Rabgyeling nunneries. Not all were inexperienced umdzes; for some it was more of a refresher course; they had already been invited by the Gyalwang Karmapa to act as umdzes at the North American Kagyu Monlam in 2018 and had also been part of the umdze team at the Kagyu Monlam previously.

The training was led by Rumtek Umdze Öser, assisted by four senior umdzes from Benchen, Leksheyling, Ralang and Dilyak monasteries. The trainees studied and rehearsed the most important prayers used during the Kagyu Monlam, with particular emphasis on precise timing,  correct pronunciation and  the exact melody.

On January 28th, Yongey Mingyur Rinpoche began his teachings on the Four Foundations of Mindfulness, and four of the nuns joined the four monks who led the preliminary and closing prayers.