The opening ceremony began at 8.00am when a portrait of His Holiness the 17th Gyalwang Karmapa was brought in procession into the shrine room and placed on the high throne. H.E. Gyaltsab Rinpoche followed the portrait onto the stage, and then took his seat in the main auditorium below.

Flawlessly, the umdzes from Tilokpur Nunnery began reciting prayers, including the Four Mothers, Refuge and Bodhichitta, the Four Immeasurables, and the Praise of Sri Samantabhadra with Aspirations. The morning continued with a combined mandala offering to His Holiness the Gyalwang Karmapa and to H.E. Gyaltsab Rinpoche. Then everyone enjoyed sweet butter rice and Tibetan tea in celebration.

During a short speech, Gyaltsab Rinpoche explained that he was attending the opening ceremony to say a few words at the request of His Holiness, and then gave the historical background to the Kagyu tradition of study, emphasised its importance and explained its place on the path to liberation.

He emphasised how within the Karma Kagyu lineage, the Karmapas viewed study of the dharma as very important and instituted shedras in Tibet. Within these shedras students engaged in listening, explanation and debate. Although the teachings declined in central Tibet, they continued to spread in Kham.  In particular, during the time of the 16th Karmapa, both at the old Rumtek Monastery and at the new Rumtek Monastery, the tradition of studying in depth continued. Also, during his time, many retreat centres and so forth were established, so the teachings spread and flourished greatly. Now, because of the facilities that the Gyalwang Karmapa has provided, the teachings have also expanded greatly, many people are studying, learning the texts, and learning Buddhist philosophy.

Having given a general introduction, Rinpoche now addressed the shedra nuns directly.

The role of debate is integral to the process:

Rinpoche asserted that developing the prajnas of listening and contemplation form a basis which can last for generations. It can increase the teachings and preserve them, which is one of the reasons for holding the Arya Kshema. Although the Gyalwang Karmapa is abroad, he is watching and will see the debates, so Rinpoche asked the nuns to debate well in order to please The Karmapa.

Finally, Rinpoche asked the nuns to take good care of their physical well-being, because in order to work on listening and contemplation they needed to be in good health, and wished them well for the Gunchö.

The ceremony concluded with long-life prayers for His Holiness the 14th Dalai Lama and the 17th Karmapa, the Long Praises to the Kagyu Forefathers, Marpa, Milarepa and Gampopa, written by the Eighth Gyalwang Karmapa, Verses in Praise of the Incarnations of the Karmapa, and finally Praises of the Buddha from the Kangyur.

After a short tea-break, the nuns continued their prayers until lunchtime, reciting the Twenty-One Praises of Tara and Prostrations and Offerings to the Sixteen Arhats to create auspiciousness for the upcoming teachings, study and debates of the winter gathering. 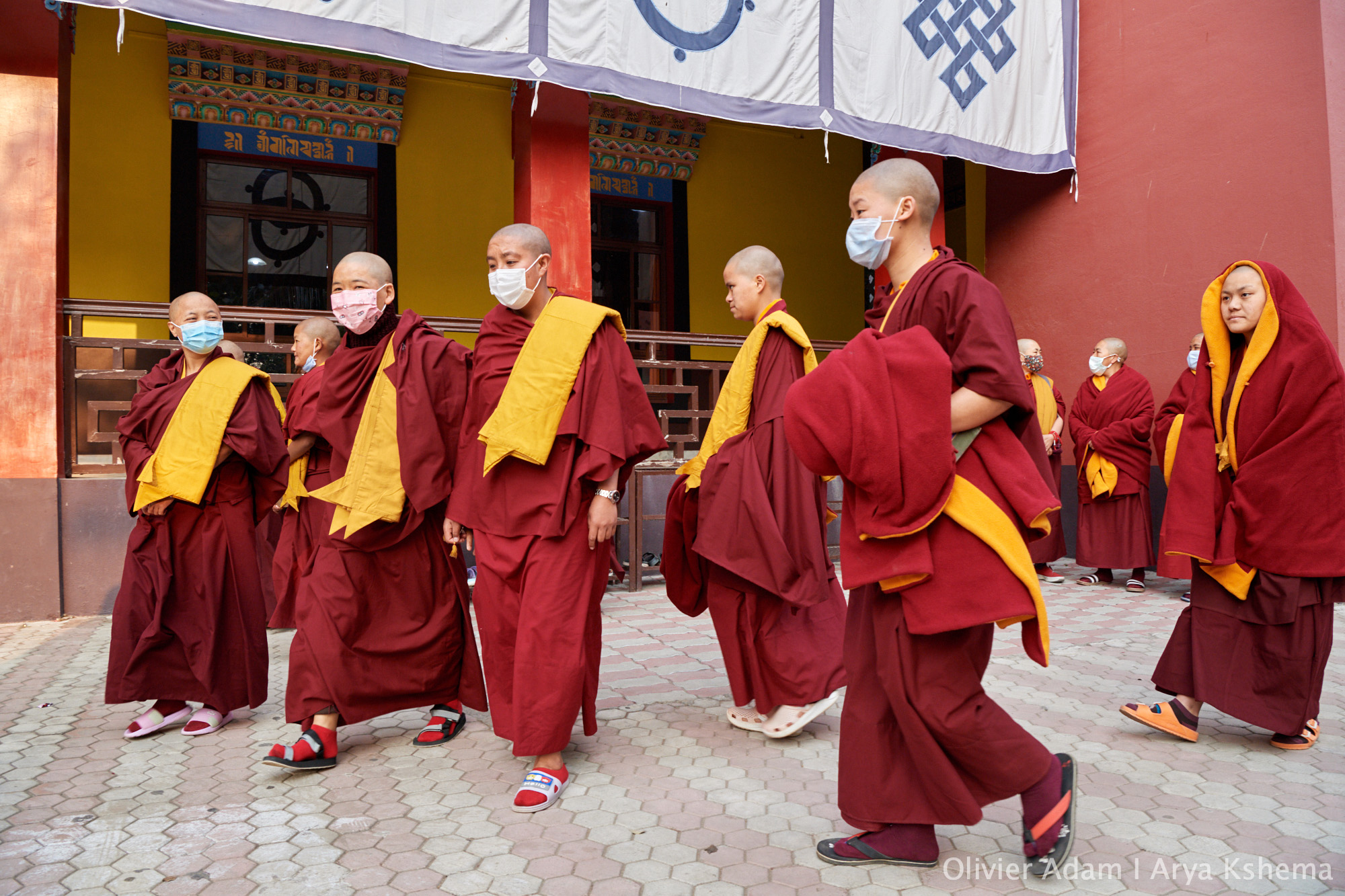