Shortly before the Arya Kshema, His Holiness the 17th Gyalwang Karmapa announced that he was designating Drupon Dechen Rinpoche to take charge of the Arya Kshema Winter Gathering for the next ten years, and also giving him responsibility to found a new shedra for Kagyu nuns.

Rinpoche presided over last year’s Arya Kshema gathering and will be presiding over this year’s too.

The nuns showed their appreciation and gratitude for his great efforts by offering a simple ku-sung-thuk mandala ceremony in the afternoon. A long line of nuns stretched beyond the temple’s main door, as one-by-one several representatives of each nunnery came forward and presented their katags. They werefollowed by the Geshes and Khenpos who would be teaching the nuns and supervising the debates.After a celebratory cup of butter tea and portion of sweet rice, richly studded with sultanas, almonds and cashews, the nuns chanted The Aspiration for the Teachings to Flourish:

May the precious sangha, the foundation of the teachings,
Be harmonious, disciplined, and rich with the three trainings.

It was a short ceremony, lasting less than an hour.  Smiling, Rinpoche left the shrine room, and the nuns dispersed to the first debate session of the Sixth Arya Kshema. 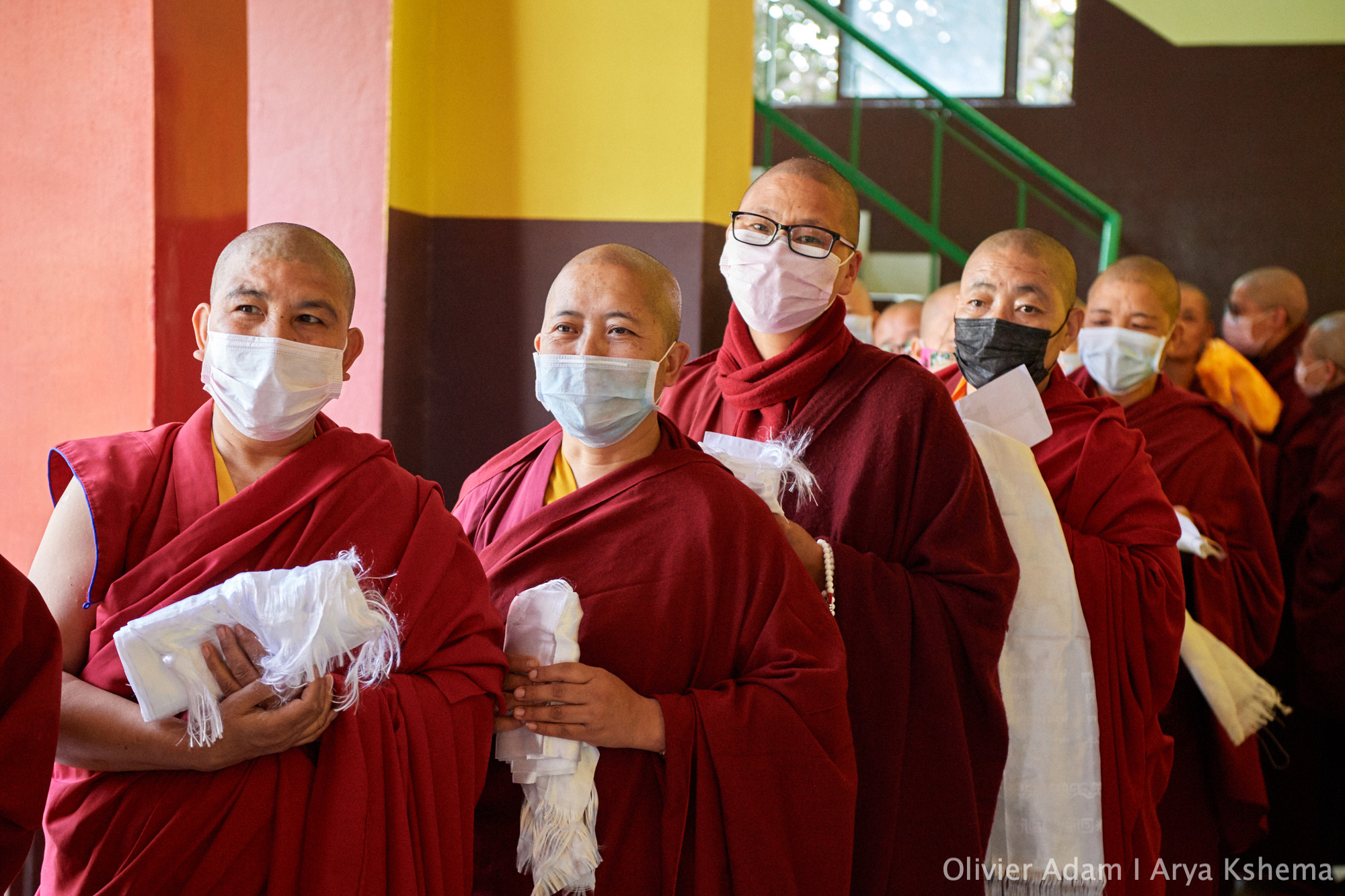