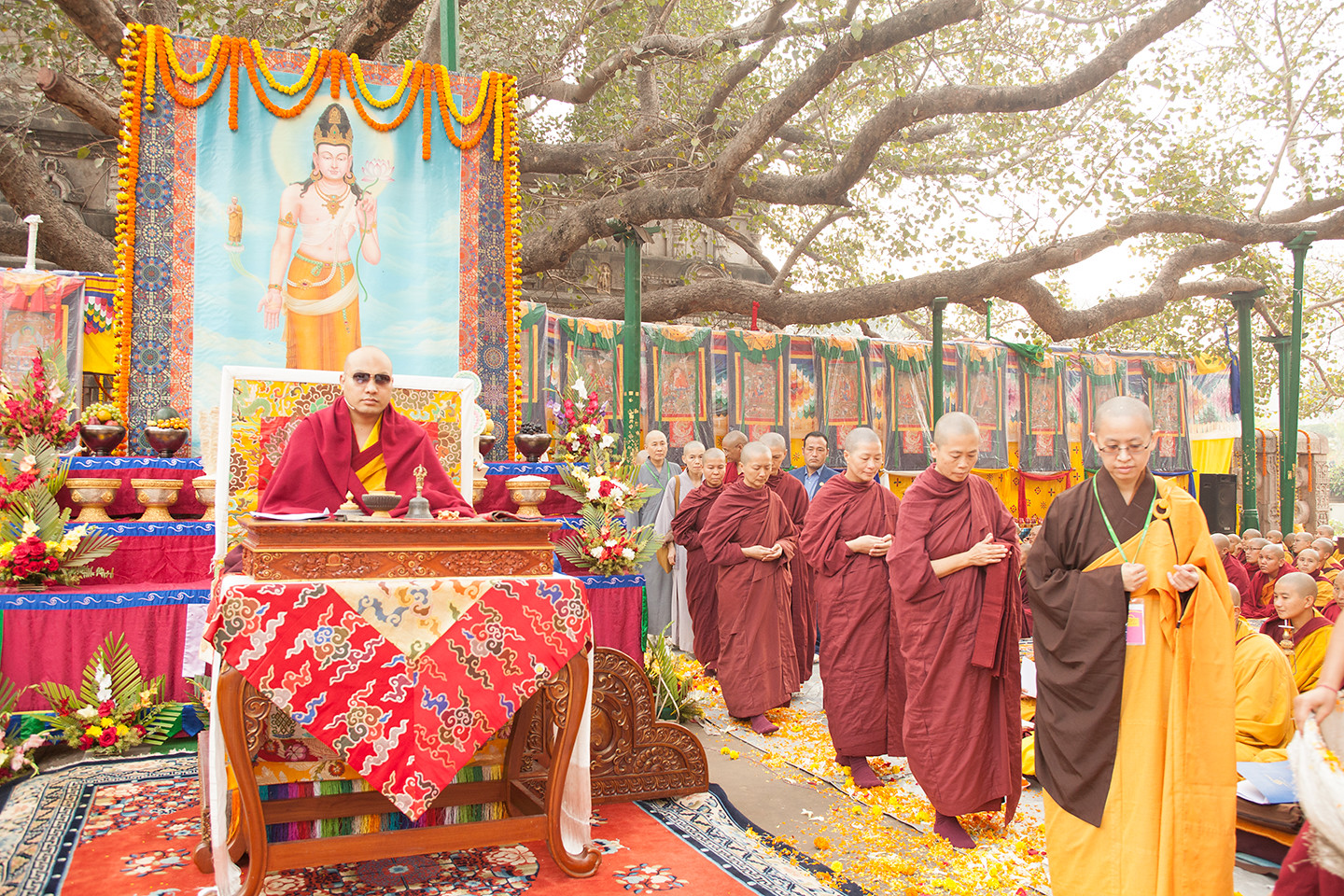 It was inaugurated in 2014 by His Holiness the 17th Gyalwang Karmapa, Ogyen Trinley Dorje, as part of his commitment to raise the level of nuns’ education through the graduated study of Buddhist philosophy and debate to bring it to the same level as that of monks. During the winter dharma gathering, the nuns’ study program is based on the same textbooks that the monks use during their winter debate session, which were specially compiled by His Holiness and a team of scholars and shedra students.

The Karmapa chose to call the Arya Kshema after the nun of the same name who was the foremost of the Buddha’s female disciples, the wisest of the wise and the most confident, as a cause for the nuns to become better educated and more confident.

In addition, the Arya Kshema is part of an ongoing strategy to empower nuns and encourage them to take more responsibility both within their own nunneries and more widely in upholding the Buddhist teachings. Each year one of the participating nunneries takes responsibility for organising the Arya Kshema, and the chöpons, chant leaders and musicians are provided by another.

Furthermore, the first steps of the Gyalwang Karmapa’s initiative to reintroduce the bhikshuni lineage (gelongma) into the Karma Kagyu tradition has also taken place during the Arya Kshema.

“I think it’s important for me to do everything I can in order to support nuns’ teachings and practice, and to increase their listening, contemplation, and meditation. So I want to put as much effort into this as I can, from the bottom of my heart. I think this is something that’s appropriate for me to do from now until the end of this lifetime. I think it’s something that fits well with the activities of the previous Karmapas, and it’s also something that is definitely necessary within our contemporary society.”

The Arya Kshema Winter Dharma Gathering assembles in Bodhgaya, India. The majority of events occur at Tergar Monastery and the Kagyu Monlam Pavilion, which are situated next to each other.